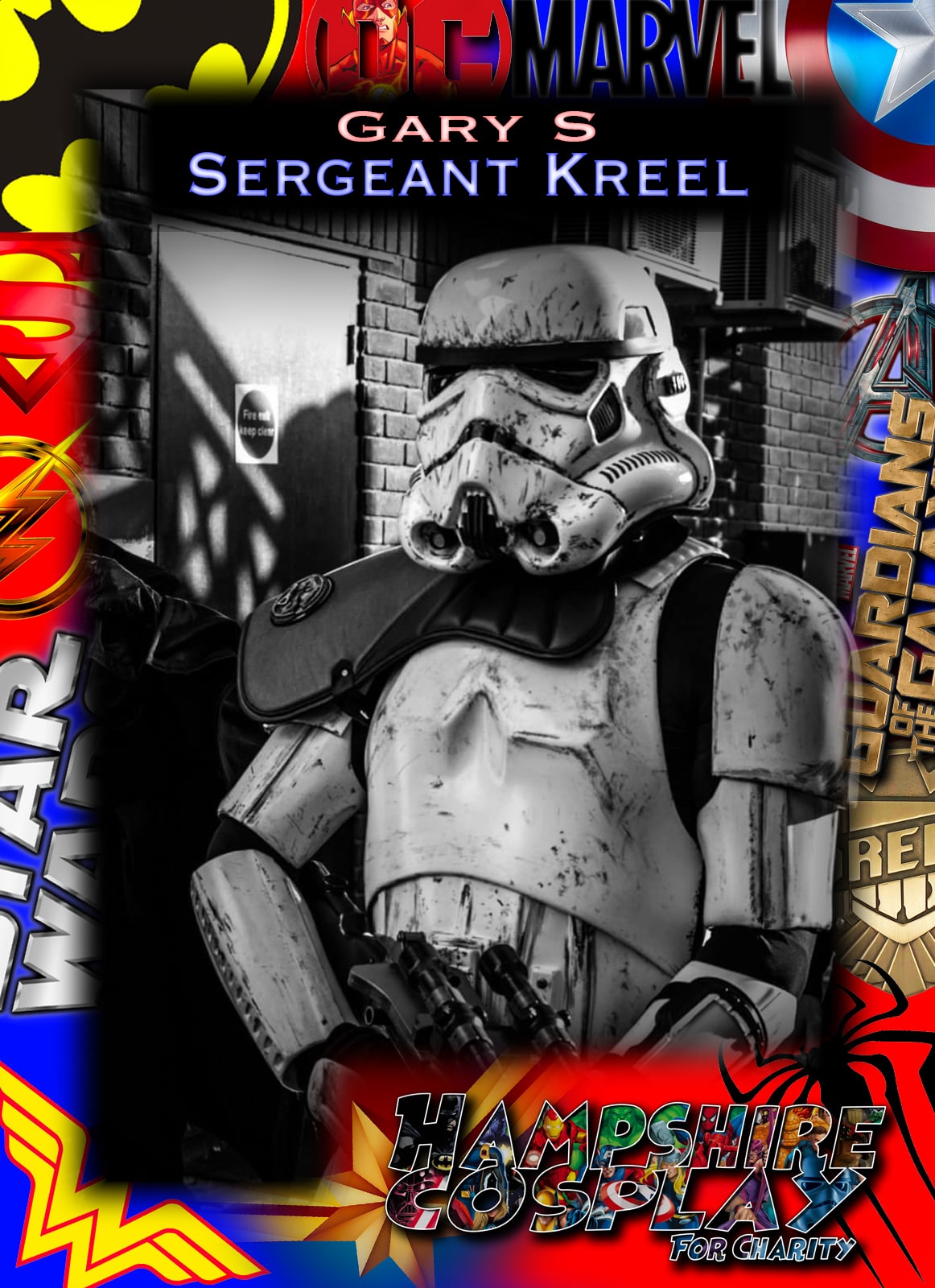 Gary has been a Cosplayer for 3 years. As an avid Star Wars fan he got himself into cosplay first as a regular Storm Trooper. As well as our community he is a key member of the Star Wars group, The Imperial Outlanders, he also regularly takes part in the London New Year's Day Parade as part of the Hero's for Charity entry.

He also helps out with the Autism All-Stars costume group when they need help for Star Wars themed events.

He truly believes harmony among Cosplayer groups will result in the most fun but also the best support we can give to charities.

Gary is fanatical about cosplaying because of the range of events that you can use the costumes for, both local and national Comic Con events, and all the possible charities that are always so grateful of us donating our spare time to support them. It is truly a most rewarding hobby.

His Stormtrooper costume has been upgraded to represent Sergeant Kreel, a recently introduced comic character. He occasionally raises the class as his own creation, Blingtrooper (see image below), featuring a Stormtrooper helmet adorned with bling.

His first foray outside of the Star Wars galaxy has seen Gary suit up as Marvel front man Captain America.

Other Costumes From Gary 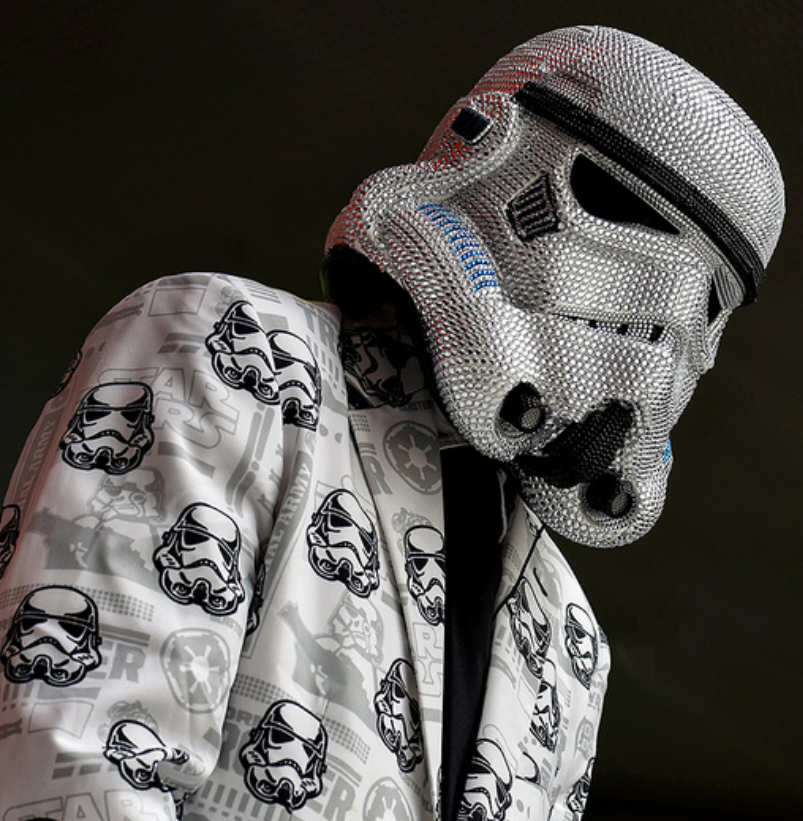